The Second specialized session of the Islamic Art Association of Iran, held on Monday 16th November 2017 in Malek National Library and Museum Institute. 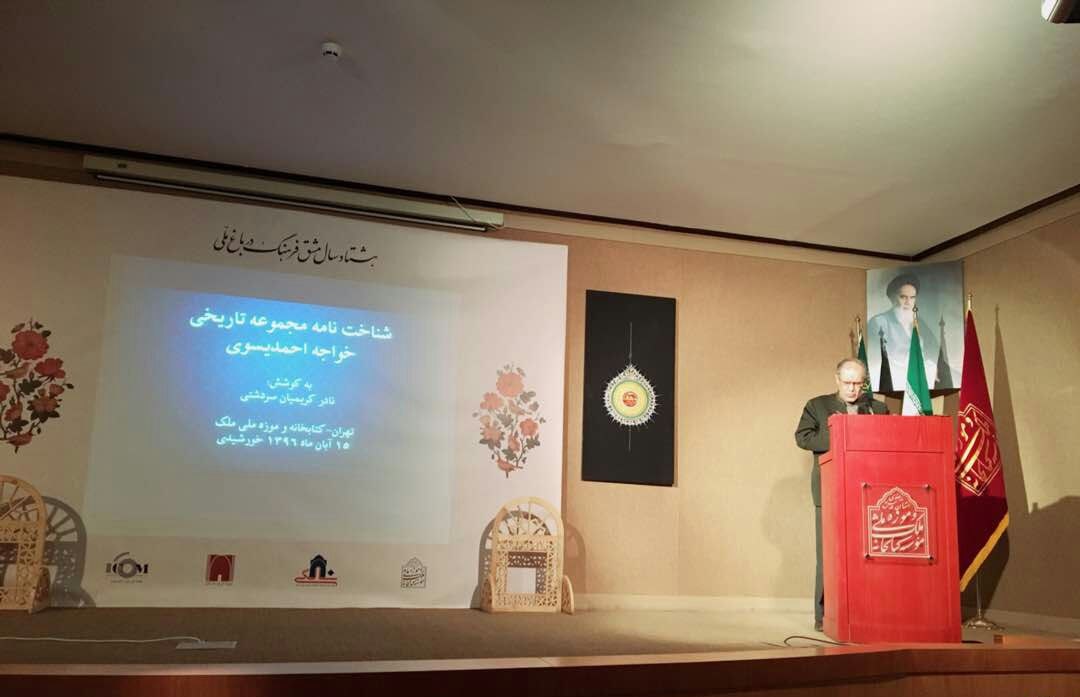 In this meeting some professors, scholars, researchers, university students and interested individuals took part. In this session which was held with cooperation of Islamic Art Association of Iran and Malek National Library and Museum, Dr. Nader Karimian Sardashti investigated one of the greatest and finest Islamic architectural heritage, the Historic Site of Khoja Ahmed Yasawi (The Common Architectural and Artistic Heritage of Iran and Kazakhstan) which is located in the city of Turkistan in Kazakhstan. After an introduction to Sheikh Ahmad Yasawi, the great 12th and 13th century Sufi, Karimian explained the historic site which is made up of several magnificent structures. The session completed with some questions and answers at the end.